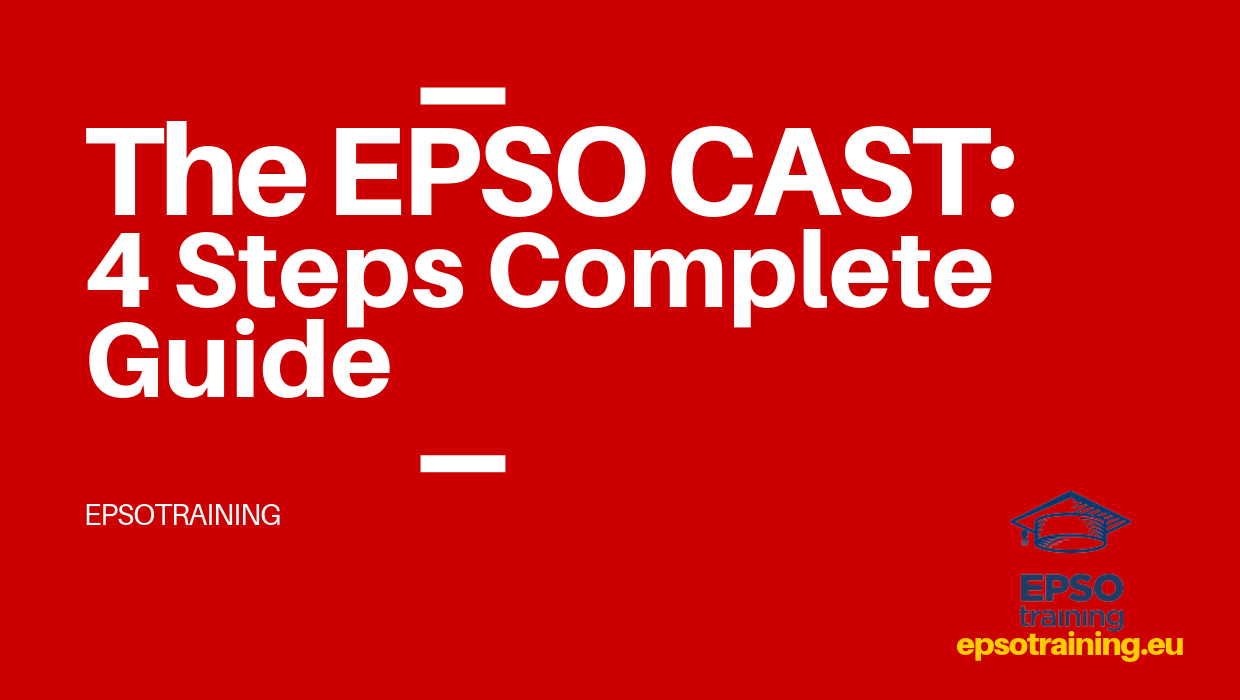 Almost all of us know the drill when it comes to EPSO competitions. We wait for a specific opportunity to open its applications and then scramble off to meet its deadlines. If we miss the dates, then we might have to wait for another year to try again. However with the creation of the EPSO CAST, you can send in your applications anytime you want to pursue that EU career and join the EU civil service!

But before we get ahead of ourselves, there are very important things that you must not miss. The EPSO CAST is one of the elusive competitions organized by . Some deemed it as having an opaque  selection test process.

While it might be true for them, that does not mean that it has to be for you! So we prepared everything you need to know that will help you in pursuing this opportunity. Get to know the EPSO CAST deeper as you move steps towards success!

What is EPSO CAST Permanent?

To simply put it, EPSO CAST stands for the European Personnel Selection Office (EPSO) Contract Agent Selection (CAST). Others would also refer to it as the selection process for “contract agents for specific task”.

EPSO launched an open-ended selection procedure to create a pool of candidates from which institutions, bodies, offices and agencies of the European Union (EU) can recruit contract agents that could work in the EU civil service in Brussels, Luxembourg or allover the European Union.

Usually, what you’ll see are competitions bearing the title “CAST Permanent”. This basically refers to procedures launched via open-ended calls for expressions of interest that have no deadline for applications.

The contract agents are chosen in the following fields below:

The contract agents/staff positions are available for a wide range of jobs that require varying levels of qualifications. They are divided into four function groups with different tasks. They go as follows:

The first function group refers to jobs with duties that consist of manual and administrative support-service tasks performed under the supervisions of officials or temporary staff. 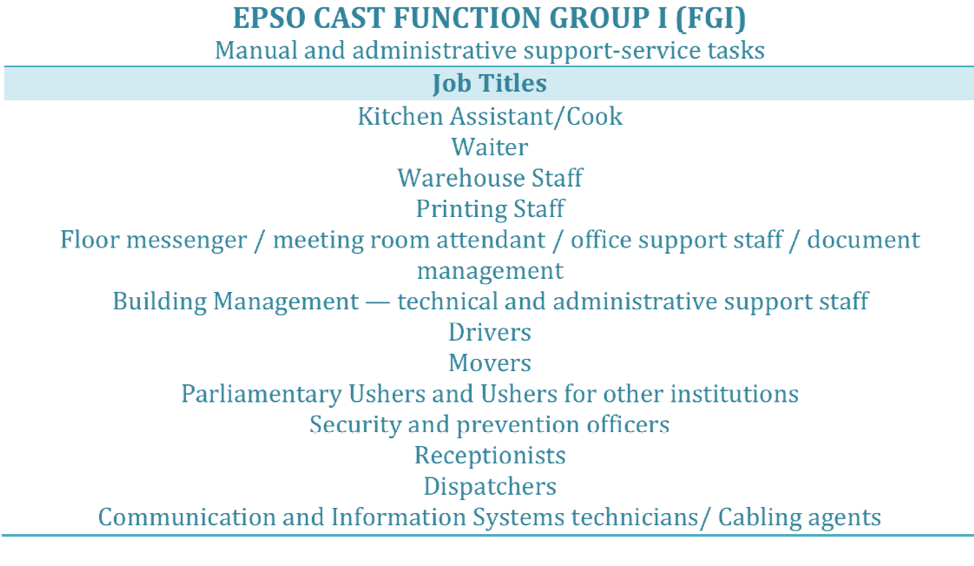 The duties for the second function group consist of clerical and secretarial tasks, office management and other equivalent tasks performed under the supervision of officials or temporary staff. You can also think of it as a counterpart for AST/SC competitions. 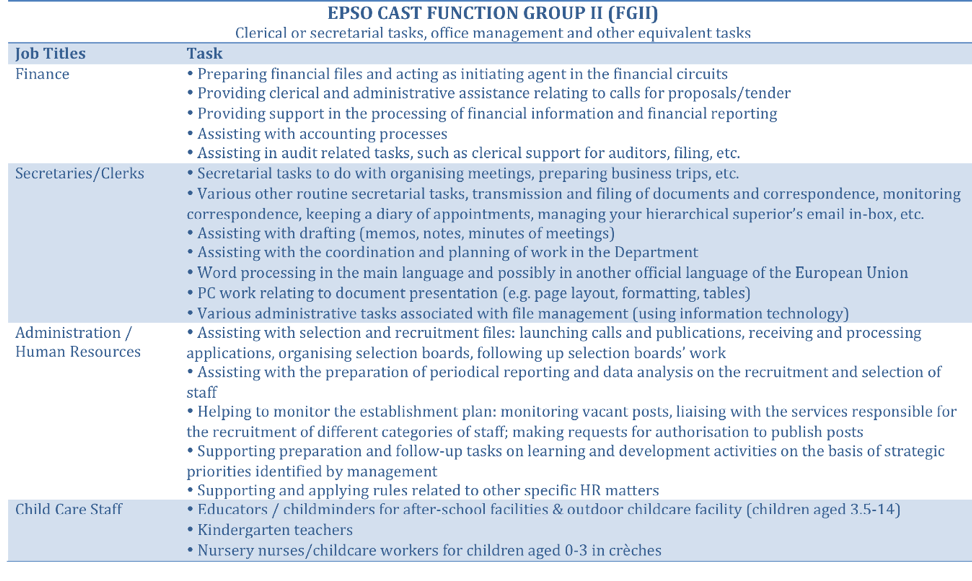 The third function group applies jobs with duties that consist of executive tasks, drafting, accountancy, and other equivalent technical tasks performed under the supervision of officials or temporary staff. This one is equivalent to the role of AST (assistants) for an EPSO official. 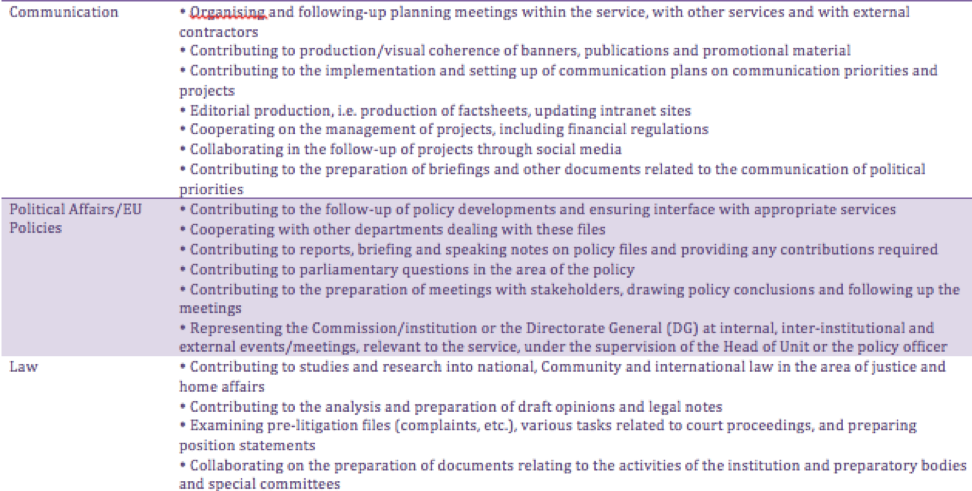 The last function group is the CAST equivalent of the AD or administrator role for an EPSO official. It covers jobs with duties that consist of administrative, advisory, linguistic, and equivalent technical tasks performed under the supervision of officials or temporary staff. 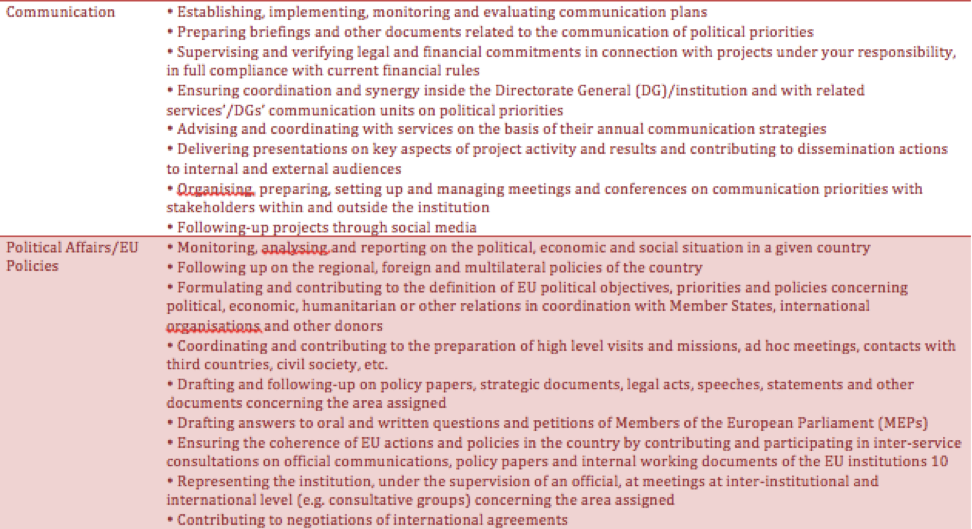 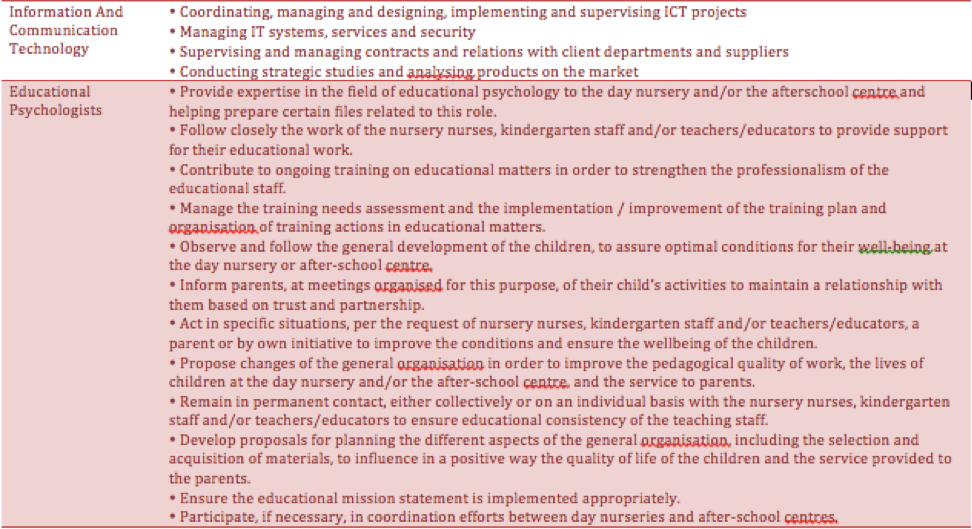 With its contractual nature, you’ll find various opportunities to explore other function groups and/or profiles. You may apply for one or more provided that you meet the eligibility requirements which are the initial part of the selection criteria.

Remember though that you must only choose those profiles and/or function groups that you have the most relevant education and experience. Furthermore, submitting multiple applications does not necessarily increase your chances of being preselected. As such, you must put in the best of your efforts to the selection process and exams, which we’ll discuss next.

As we have mentioned at the beginning of the article, the EPSO CAST selection process is an infamous competition for its selection procedure. Unlike other EPSO competitions, there are only a number of pre-selected candidates who will be tested, only those of interest for the employing EU institutions such as the European Commission or European Parliament. Submitting an application alone does not immediately give you an invitation to take the computer-based tests. Shortlisted candidates will be the only ones who can sit the selection tests when there is a vacancy. You may or may not be contacted. The selection process is as follows:

Other Things to Keep in Mind:

Passing the selection tests does not necessarily mean you will immediately receive a job offer. If such happens to you, the good thing is that you won’t have to re-sit the computer-based tests—given that another service is interested in inviting you for recruitment tests in the same or lower profile and/or function group.

If you fail any part of the selection tests, the recruiting services can still re-invite you with a period of 6 months from the day your results are published in your EPSO account.

As an important component of the selection process, you must prepare yourself to take the following specific tests:

The results from passing the tests will be valid for a certain period in order for you to not have to re-sit those tests again. Some tests correspond to certain periods of validity:

In the case that you fail to obtain the passing marks, you will not be invited by recruiting services to take the test again for the next 6 months.

Here are the basic salary estimates for contract agents in EU civil service based in Brussels or Luxembourg (please note that in other parts of Europe the contract salary is modified with a country coefficient that will decrease or increase your net payment):

For a more specific knowledge on the salary you will be getting, here is a salary calculator for you https://www.europol.europa.eu/salary-calculators

Can I participate in more than one EPSO contract agent competition and/or on different function groups?

http://epsotraining.eu/wordpress/blog/sp_faq/can-i-participate-in-more-than-one-epso-contract-agent-competition-and-or-on-different-function-groups/ Can I participate in more than one EPSO contract agent competition and/or on different function groups? 2020-05-03 19:00:17 Mozee Blog post

Yes, you can take part in more than one selection procedures organised by the European Personnel Selection Office. In most cases, a candidate ends up tested for one profile and one function group in EPSO’s CAST testing period. If you’ve already passed the reasoning tests, you can be invited for another CAST profile – e.g. financial, translation, administration, law only for the specific competency tests.

Do the EPSO’s selection tests for CAST include verbal, numerical and abstract reasoning?

If the EU Institutions have pre-selected you, EPSO will invite you to pass the CAST exam consisting of multiple-choice tests in verbal, numerical and abstract reasoning (in your Language 1) and a specific competency test for the profile and function group you have applied for (in your Language 2).  If you already passed the reasoning tests for the same or higher function group, but not the competency test, you will only be invited by the European Personnel Selection Office to sit the competency test.

Will I be offered a contract in Brussels, Luxembourg or elsewhere in Europe?

http://epsotraining.eu/wordpress/blog/sp_faq/will-i-be-offered-a-contract-in-brussels-luxembourg-or-elsewhere-in-europe/ Will I be offered a contract in Brussels, Luxembourg or elsewhere in Europe? 2020-05-03 18:59:45 Mozee Blog post

This depends on the European institution or agency looking to hire you but the place of employment is usually mentioned by EPSO. Some are based in one location; others are based in multiple locations.

In which language is the competition held?

http://epsotraining.eu/wordpress/blog/sp_faq/in-which-language-is-the-competition-held/ In which language is the competition held? 2020-05-03 18:59:22 Mozee Blog post

EPSO’s reasoning tests are held in your Language 1. The competency test for the profile you have chosen is held in Language 2 – English, French or German.

What type of contract will I be offered when joining the civil service in the European Union institutions?

http://epsotraining.eu/wordpress/blog/sp_faq/what-type-of-contract-will-i-be-offered-when-joining-the-civil-service-in-the-european-union-institutions/ What type of contract will I be offered when joining the civil service in the European Union institutions? 2020-05-03 18:58:18 Mozee Blog post

There are 2 contract options available when you receive the recruitment offer: a  “3a” or “3b” contract. EPSO publishes on their website an Annex for each call for expression of interest where the type of contract is mentioned.

The Contract Agents in the EU Institutions are recruited to perform which duties?

http://epsotraining.eu/wordpress/blog/sp_faq/the-contract-agents-in-the-eu-institutions-are-recruited-to-perform-which-duties/ The Contract Agents in the EU Institutions are recruited to perform which duties? 2020-05-03 18:57:42 Mozee Blog post

EPSO runs the selection process for Contract staff (CAST) in order to recruit candidates suitable for
administrative support–service tasks or to fill-in vacancies where no officials with certain required skills
are available. The European Institutions offer contract staff a fixed maximum period contract while in
some EU bodies, the contract may be extended for an indefinite duration.