As of today you can start filling in your application from “my epso account” for the EPSO/AST/129/13 AST 3 Competition. The deadline for validating your application is 14th of January but don’t wait until the last moment.

The profiles sought and the number of available places are as follows:

The CBT Preselection tests will consist of:

You will need to obtain a minimum aggregated score of 15/30  for Verbal and Abstract Reasoning.

For Numerical Reasoning minimum score is 5 for accounting and economy profiles and 4 for legal matters.

You can find in the Official Journal the complete job descriptions for each profile and other useful additional info.

As usual, we offer best and most affordable online epso training to help you pass this AST3 Competition and become an EU Assistant.

The Office for Harmonization in the Internal Market (OHIM) has 100 places available split between the following EU Competitions:

Both AD and AST Epso Competitions are specialists competitions, meaning that a first preselection will be based on the info you provide in the Talent Screener tab from My EPSO Account

There will be approximately 3 times more candidates invited to the Assessment Centre then the number of candidates that will be placed on the reserve list.

The exams will consist of:

The deadline for applications is 3rd December at midday so start preparing! 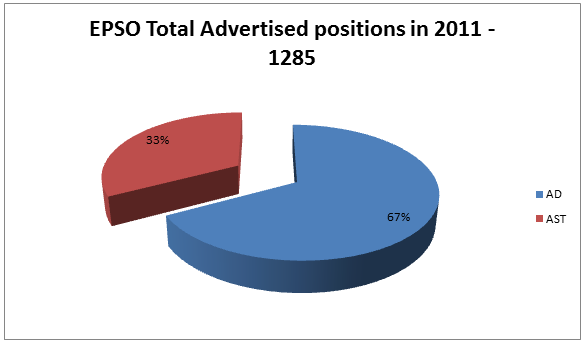 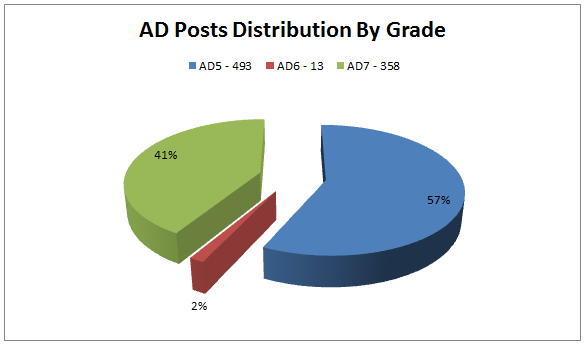 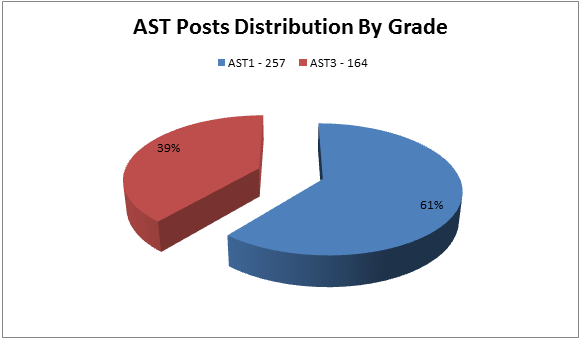 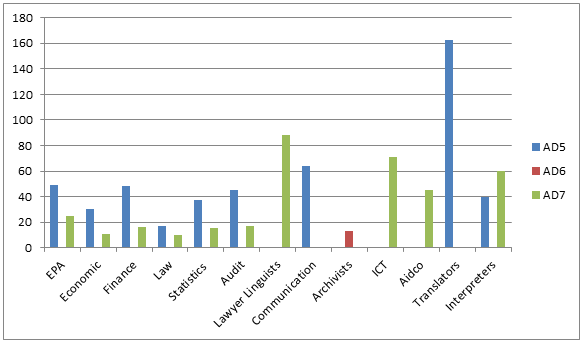 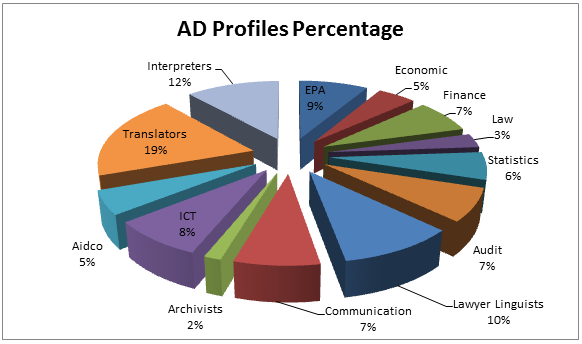 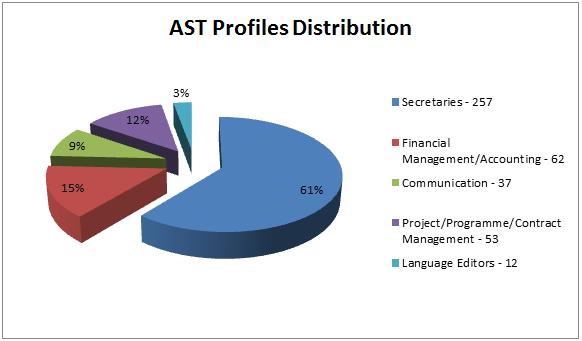 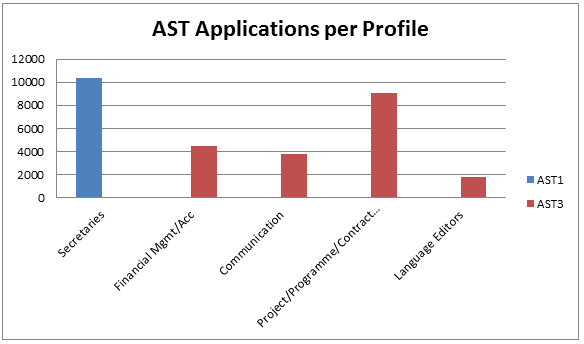 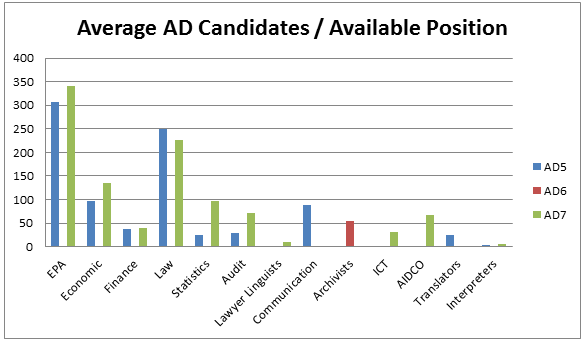 For those of you preparing for the EU Competitions, we consider that it is important in a first instance to know what has happened in the previous exams. Therefore, we have interpreted existing data on EU competitions from 2012 to give you an overview concerning the Administrators and Assistants competitions.

You will be able to discover the total advertised posts, toughest CBT preselection exams or profiles EU Institutions sough to recruit in 2012.

As some results from 2012 EU Competitions are not yet published, this data is based only on available information. 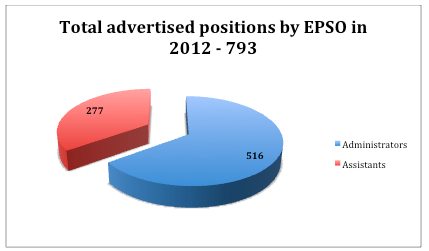 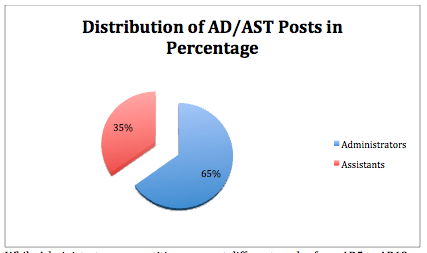 While Administrators competitions were at different grades from AD5 to AD12, at Assistants level there were only AST 3 competitions. 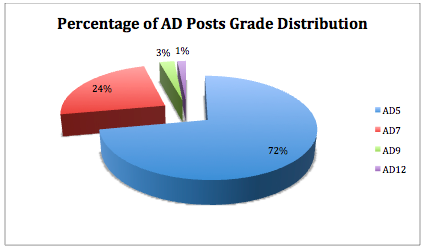 From the two pictures below you can see the available positions distribution per profile, both for Administrators and Assistants EU Competitions. In 2012, there were 19335 candidates applying for the EU Competitions, distributed as pictured below: